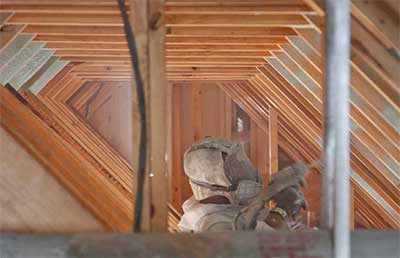 WASHINGTON, D.C.–November 12, 2012– The polyurethanes industry achieved a significant job multiplier effect in 2010, with every job in the industry creating more than four additional jobs indirectly, according to newly released data from the Center for the Polyurethanes Industry (CPI).

In 2010, the industry created 37,700 jobs and indirectly supported nearly 165,000 additional jobs in companies that depend on polyurethanes, including transportation, building and construction, appliances, furniture and bedding. Overall, the polyurethanes industry operates in 935 locations in the United States, directly generating $19.7 billion in output.

“While the polyurethanes industry has not yet returned to pre-recession levels, we are seeing positive developments in the sector overall,” said CPI Senior Director Lee Salamone. “At the recession’s lowest point, manufacturing output was off by 21 percent. Although current output remains five percent below its 2007 peak, that is a strong improvement from where the industry was a few years ago. This study confirms the feedback we received at the 2012 Polyurethanes Technical Conference in September—the industry is moving in the right direction.”

Key statistics about the polyurethanes industry from 2008-2010:

This analysis, conducted by the Economics & Statistics department of the American Chemistry Council, builds upon the 2010 End-Use Market Survey on the Polyurethanes Industry and summarizes the importance of the polyurethanes industry to the U.S. economy. It presents both the economic value created by its production activities and the value of the industries that use its products in the production of their output. This report focuses on diisocyanates and associated polyols. The research was conducted during September 2012 using 2010 end-use consumption patterns, which were the latest available at the time.

View the data for free on CPI’s website, please use the link provided below.

About The American Chemistry Council: ACC represents the leading companies engaged in the business of chemistry. ACC members apply the science of chemistry to make innovative products and services that make people’s lives better, healthier and safer. ACC is committed to improved environmental, health and safety performance through Responsible Care®, common sense advocacy designed to address major public policy issues, and health and environmental research and product testing. The business of chemistry is a $760 billion enterprise and a key element of the nation’s economy. It is the largest exporting sector in the U.S., accounting for 12 percent of U.S. exports. Chemistry companies are among the largest investors in research and development. Safety and security have always been primary concerns of ACC members, and they have intensified their efforts, working closely with government agencies to improve security and to defend against any threat to the nation’s critical infrastructure.

About The Center for the Polyurethanes Industry of the American Chemistry Council: CPI promotes the sustainable development of polyurethanes. Our members are U.S. producers or distributors of chemicals and equipment used to make polyurethane or manufacturers of polyurethane products. For more information, please use the contact details provided below.