Re-Blogged from Sprayfoam.com News – Article by Cameron Prior 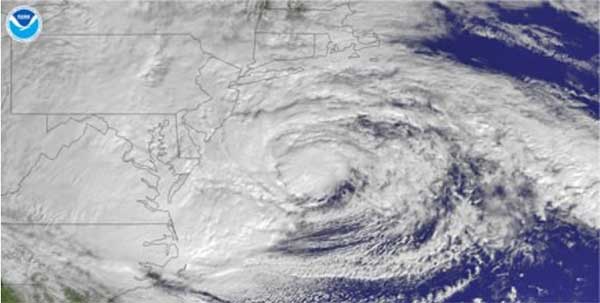 BRIELLE, NJ – November 8, 2012 –
After Hurricane Sandy barreled her way across the Northeast last week damaging buildings and homes with ferocious winds and intrusive floodwaters, many people have been inquiring about the benefits of spray foam insulation. SprayFoam.com has received many phone calls and emails regarding closed-cell spray foam and how to get it, so we contacted spray foam businesses in the hardest hit areas of New York and New Jersey to see how they fared the storm and to get their perspective on how the spray foam industry has been affected.

New York City experienced a great deal of flooding and power outages due to the storm, causing businesses and transportation systems to shut down. Operations Manager Ari Guttman of Air Seal Insulation Systems said, “After our power went out, all our jobs went out with it.” Guttman was grateful that his company, based in Brooklyn, suffered no major damage. However, businesses in the surrounding area suffered a different fate. “A bus company just a few blocks away had buses floating,” he said.

Since Air Seal was unable to conduct business as usual, they decided to give back to the community by lending their generators to others without power. The company helped schools and nursing homes, as well as elderly residents. They lent a generator to a local synagogue full of 1500 people. “I thought, why is it so dark in here? Let’s light it up,” recalled Guttman.

According to Air Seal’s President, Jacob Kloc, the company is receiving calls from customers who are concerned they have to replace the open-cell spray foam Air Seal applied before the storm. “We’re saying no, it just has to be dried out and you’re fine,” he said.

While there is ongoing debate about retaining open-cell foam after the exposure to moisture, it can be prudent to check the manufacturer’s recommendations in such a case.

“The closed-cell customers are saying they’ve had unbelievable results with very little damage to their homes,” Kloc said. “That speaks a lot for the insulation.”

“We’re an industry that’s been facing the challenges of always exceeding the price of conventional insulation and, unfortunately, now we see where added value can sometimes save you a lot of headache in the long run.”

Echoing Kloc’s comment, Guttman added, “We have been doing this for 10 years. Seeing some of the houses we’ve done on the shores and how they’re holding up, it’s unbelievable.” New Jersey was another state hard-hit by Sandy. The storm had a major impact along the coast, where severe flooding and heavy winds lead to power outages and extensive property damage. As people began to assess the damage, they started reaching out to spray foam companies like Coastal Insulation located in East Windsor. Marketing Administrator Anzhelika Ronis said, “Unfortunately, it takes such a major impact and that kind of fear to generate action. I kept hearing people say over and over again how incredibly vulnerable we are.”

Ronis said she believes people have been educating themselves about insulation since the storm and are calling Coastal non-stop. The majority of the calls are coming from hard-hit coastal areas such as Point Pleasant, Bayside, Toms River, and Mantoloking.

“They’re desperate for help,” she said, “and they don’t know who to call.”

The majority of inquiries have been about closed-cell spray foam, which FEMA classifies as the only acceptable flood damage resistant insulation material for floors, walls, and ceilings in its building design criteria for special flood hazard areas. Unlike fiberglass, closed-cell spray foam can be exposed to moving water and potentially be dried and cleaned following a flood, rendering it free of most harmful pollutants. Closed-cell foam can also improve the strength of structural framing systems and connections in a home or building, making it particularly desirable to those located in high-wind areas.

Ronis said that although it is an important consideration for homeowners and business owners, insulation doesn’t always get the attention it deserves. “People like to look at countertops or maybe a sexy floor – it’s not flashy, it’s not gorgeous, it’s not a beautiful mahogany door,” she said. “Now, people are paying more attention. They want new technology, energy efficiency, moisture resistance, and greater structural integrity.”

Another New Jersey contractor, Bovio Advanced Comfort & Energy Solutions, has also experienced an excess of calls from people inquiring about spray foam. “We’re a multi-trade company, so we’re seeing it across the board,” said Frank Bovio, a principal of the company, which is based in Sicklerville. Bovio said customers who once postponed or opted out of spray foam insulation are now revisiting the idea. “We had a year and a half old estimate of someone wanting to do a roof deck,” he said. “Now, he’s scrambling.”

A week before the hurricane, Bovio completed a closed-cell spray foam application on the underside of a residential roof deck. When the storm hit, a 200-year-old tree on the property fell and bounced off the roof of the house. “It didn’t budge,” Bovio said. Grateful for the good timing, the property owner commented, “Thank God we had this stuff put up last week.”

Bovio has also been in contact with other previous spray foam customers about how their homes fared the storm. Advantage applied closed and open-cell foam to a house just blocks away from the Atlantic Ocean in Ventnor, New Jersey a week before Sandy.

According to Bovio, the residence stood strong after the storm. The only damage was a sliding glass door seal that failed and leaked. “These are heavy duty sliding glass doors with a great seal on them,” Bovio said. “The reason I tell you this is that it shows how heavy the winds were during the storm to actually make the sliding glass door seals fail, yet there was no house damage or other leakage, and no structural damage,” he said. “So spray foam stood up against Sandy 100 feet off the Bay.”

Having suffered no significant damage from the hurricane, Advanced has remained busy. “We dodged a bullet,” said Bovio. The company just installed a crawlspace in a residence with a major creek system located 40 miles inland. “There was four feet of water in the home and all the fiberglass was washed out,” he said. “It was time to upgrade to spray foam.”

Spray foam is gaining greater recognition for its ability not only to provide better energy efficiency and comfort, but also to give homeowners and business owners piece of mind when it comes to safety and protection as our volatile weather patterns continue.

“People are getting educated,” said Bovio. “It raises awareness – wind sheer, stability – glue your house together, insulate it,” he said. “It’s bringing people around a little bit.”

If you are located in an area affected by Hurricane Sandy and would like further information about spray foam insulation, please visit our contractor directory page, where you will find a comprehensive list of service providers in your area.

Re-Blogged From SprayFoam.com News – Article by Cameron Prior